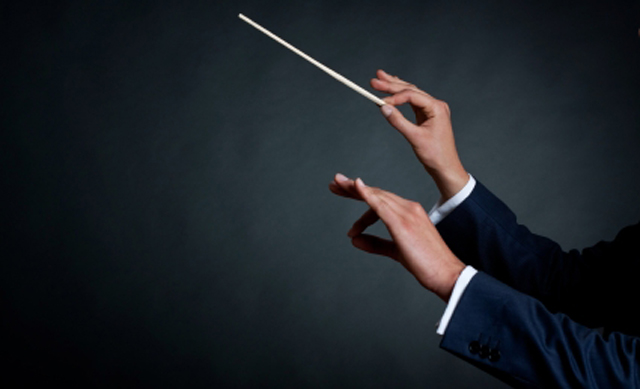 I arrived in Japan on Thursday, the 2nd day of 2014, to play a special housewarming concert for my longtime manager, friend, colleague, Atsuko Nakanishi, on the 3rd ― New Year, new home. On the 5th I knew I was scheduled to play the Mozart B-flat Concerto, K 595, with a chamber orchestra in Yokohama. What I didn’t know, until two days before the first rehearsal, was that I would be working without a conductor. I hadn’t brought my orchestral score of the piece ― all I had with me was a Bärenreiter piano reduction with no instrumentation written in. And, I wouldn’t get to see the orchestral score (having no internet access) until the rehearsal the day before the concert.

Sitting in a Starbucks, after the second (dress) rehearsal and just before the performance, I realize that I should have been conducting my own concertos for years. Of course, it doesn’t hurt that the string-section leaders are all friends and colleagues from the Cantus Quartet (I played Dvořák Quintet with them last year), and the Shonan Chamber Orchestra is small, and all of the players play very well. But discovering that conducting is a natural skill for me (having watched others do it for years) is a wonderful surprise.

Two days later, looking back, I’m still exhilarated by the collegial and communicative interaction I experienced standing in front of a small orchestra. It was a special joy to find our way through one of Mozart’s late masterpieces together.

It was refreshing to be a fuller participant in a concerto performance. My usual experience is to show up for the first rehearsal, sit down with the conductor for about 30 minutes to check tempos and potentially tricky ensemble spots, then defer to the conductor to take care of the orchestra while I take care of myself.

With this performance, I worked directly with the orchestra with no intermediary. While I initially felt I needed to make some apologies for my inexperience (and was a bit nervous because of that lack), the rehearsal process was enjoyable and rewarding. I found it generally easy to remember to make eye contact with players before important entrances, and I had no trouble showing ahead of time what character I wanted from an upcoming entrance. The players responded well to the attention and were patient with my occasional mistakes. And, my own playing as a soloist was considerably enlivened by my active shaping of the orchestral tuttis.

Although, as a soloist, I generally know orchestral parts, here I had to get inside the music in a way that I’ve sometimes been too lazy to do. Certainly my extensive experience as a chamber musician was helpful, and I know how to read a score, and I can usually maintain a fairly readable beat pattern. Here, too, it was important to be a colleague—the most rewarding concerto experiences that I’ve had with conductors were ones where soloist, conductor, and orchestra were collaborators, where leadership was shared rather than monolithic.

Should I conduct more? The answer is definitely yes, although my interest in conducting is only as a soloist in concertos and, primarily, the Mozart concertos. I’m tempted, now, to put together a small orchestra with colleagues and students at the University of Colorado to perform an occasional Mozart concerto.