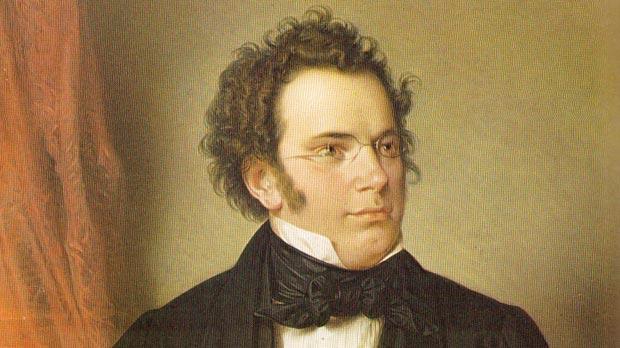 Comfortable in academia, playing for the appreciative audience in Boulder, teaching my students at the University of Colorado, it’s easy to stay unchallenged in my comfort zone. But it’s important to remember how easy it is to be part of an echo chamber, with feedback circular and outside influence limited. We perform the repertoire we’re comfortable in, and the audience applauds. We teach what we’ve always known, and our students reflect it back, reinforcing what we’ve already known and making us even more comfortable saying and doing the same thing. We tell students something, they make it work, and then in turn they repeat it in comments to other students in studio class—a perfect circle, hermetic, a kind of black hole of pedagogy. It was time for this professor and performer to climb out of his comfort zone and play for a couple of admired colleagues—to remember how to be a student again.

Schubert’s late works have always appealed to me as a listener—the cello quintet, Winterreise, and (of course) the last piano sonatas and the two piano trios. The combination of Schubert’s lyricism and color sense with his highly personal mastering of larger forms at the end of his short life makes these pieces desert-island worthy for me. About a year ago, I heard a performance of the Schubert “Great” C-major Symphony by the Dallas Symphony Orchestra conducted by Jaap van Zweden that compellingly reminded me of the rhythmic strength and musical vitality of that piece, and offered me a nudge to explore the three of Schubert’s final four sonatas that I’d never learned and performed: the G-major Sonata (D 894; 1826), and the C-minor and A-major Sonatas (D 958, D 959; 1828). Each of these pieces offers its own challenges, from the control of stillness of the first movement of D 894 to the combination of virtuosity, stamina, and rhythmic control in the finale of D 958.

Schubert’s piano writing is extraordinarily beautiful and was completely original in its time. From his earliest song accompaniments, Schubert composed more colorfully for the piano than any of his predecessors and contemporaries, including Beethoven. He grew up at a time when the piano was coming into its own, and it is clear that he took to the possibilities of the instrument as a “native speaker.” For so long, I’ve heard pianists talk about the awkwardness of Schubert’s writing, and I’ll acknowledge that he’ll certainly ask the impossible from time to time. What is far more important, though, is that he understands how to make the instrument sing in a way that was to influence all of the important figures of the next generation, including Liszt, Schumann, and Chopin, and, in the generation after, Brahms.

So, feeling so strongly about the inherent wonderfulness of this repertoire, what was I, past the age of 50, doing having only performed a few of the solo piano works by this master? I’d had some success with the A-minor Sonata, op. 42, and with the great B-flat major Sonata, D 960, the occasional Impromptu; otherwise only chamber music and a few songs. It was time to dig in, and dig in hard. Learn three sonatas in a few months and have lessons on them with two people whose Schubert playing I’d admired for many years: Richard Goode and Andre Watts. Along with lessons, I planned on several performances as well as video recordings of each of these works—continuing into my return to “real life” after my sabbatical period.

In late August, I traveled to New York to work with Richard Goode. He generously agreed to spend three afternoons with me, allowing adequate time to share ideas on each of the three sonatas. So what did I learn? That many of Richard’s comments were precisely the comments I make to my own students, particularly having to do with momentum, dealing with expression in the context of a strong underlying rhythmic pulse, keeping the hands close to the keys, and paying close attention to details of articulation and dynamics. How disconcerting, but also how illuminating: to realize that, to outside objective ears, I’m dealing with the same problems that I point out instantly in my own students’ performances. Moral: it’s always easier to hear others’ problems than your own. A good life lesson!

A month later, I went to Bloomington, Indiana, to meet with Andre Watts. During two very intense days of work, we covered the same sonatas, but from different angles. Andre’s approach to the instrument is different from mine, so it was illuminating to see how he made things work. Where I have tended to address the keyboard always from the key itself, he works more from a certain distance above the key. Physical gestures are larger, which create a certain freedom of motion that I have not always had. And, Andre’s laser focus on issues of evenness, intent, and shape was an ear-opener for me, pointing out latent and not-so-latent issues of sloppiness that I’d obviously evaded.

In my next posting, I’ll deal with some of the details of these scores.